Approaching national elections in Cameroon are feared to further destabilise the Anglophone regions of the Central African country, which have been in a state of crisis for months. Due to be held in October, the elections have already met stiff, hard-line resistance from separatist leaders in the area, denouncing their legitimacy and banning local populations from taking part. This has been met with considerable enthusiasm on the ground, however Cameroon’s growing military presence in the area suggests that this will be heavily contested during the election period. Previous articles by the ACMP warned correctly of a surge in violence, which has been reflected in widespread skirmishes, ambushes and killings across the entirety of the Anglophone Regions. The ACMP believes that the threat posed by the elections is far more significant, due to the political ramifications of further years under the authority of President Paul Biya. Namely, separatist elements believe that now is the time for change- and are very unlikely to accept anything less. 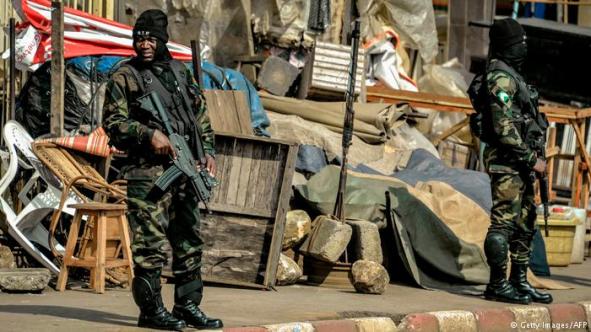 It is evident that little is going to change under the leadership of 85-year old Paul Biya, who has ruled Cameroon since 1982. If including his period as Prime Minister from 1975, President Biya is the current longest serving non-royal head of state in the world, which has naturally attracted significant international scrutiny over the years. Regular accusations of electoral fraud and irregularities, particularly associated with his 1992 re-election, have led to widespread voter abstention in the past, with an air of resigned inevitability about his re-election. Presidential term limits, the only real obstacle to Biya’s continued rule over Cameroon, were removed in 2008, clearing the path for Biya to rule Cameroon for as long as he desires. At 85-years old already, Biya would be into his nineties by the time of the next election, and rumours regularly abound about the state of the veteran President’s health. It has been suggested that there could be a link between Biya’s health and the extraordinary amount of time the President spends abroad, particularly in Switzerland.

With extremely limited dialogue between the Anglophone Separatist leadership and the Cameroonian government, major clashes during the election period seem inevitable in the Anglophone Regions. There is a deeply rooted desire to prevent the elections from taking place in the Southern Cameroons, with separatist elements vowing to target electoral infrastructure, whilst hard-line stances from commanders on the ground have seen populations banned from voting, and voter cards destroyed so as not to endorse the Cameroonian government. With a vast backdrop of violence, destruction and discrimination perpetrated against the Anglophone population, it is understood that the planned disruption has widespread support in communities across the Anglophone region. With increasing Cameroonian military forces being deployed to the area- in particular the Western-trained, Israeli-equipped BIR (‘Brigades Interventions Rapides’), ACMP has serious concerns about the level of violence anticipated during the election period.

Recent evidence has shown that the Anglophone separatists- fighting for the independence of ‘Ambazonia’- are having some success in a guerrilla war campaign against Cameroon’s forces, with regular reports of Cameroonian government losses, even to its famed BIR. However, separatists have also suffered some significant losses, with the loss of a base containing dozens of firearms, including captured assault rifles, representing a blow to their cause. The election period has the potential to deeply embed the Ambazonian cause in the hearts and minds of Anglophone Cameroon, with every Ambazonian loss perhaps considered a martyr at a time of great political consequence.

Ultimately, there is a serious risk of a major escalation in violence during the election period, with the only saving grace being that the country will be under greater international scrutiny during this time. With widespread violence now raging across the region, the ACMP encourages dialogue between the sides to establish common ground in the hope of securing a peaceful future- be it through a referendum, greater autonomy or unilateral independence. The ACMP proposes a future conference between the sides, held in a neutral state, at which possible solutions could be discussed. Without this, the Anglophone Crisis will become interminable.